It’s been 4 months since my last update. Between a website and theme that was falling apart and the holiday’s, I elected to focus on building the plane instead of doing any updates. My goal here is mainly to summarize deviations and other issues I found while building, and I think going forward that is what I’m going to be focusing on with this blog.

After screwing up the spar, I got a new spar from Vans and worked through the Horizontal Stabilizer. Two things to note here.

Not much to say here. Finished them, leaving the trib tabs for now because I oversqueezed them. Fun. Waiting for the replacement skin to ship from Vans.

This is fairly new actually, started this part a few days ago. I’m renovating the other 3/4s of the house, so I took over the dining room. 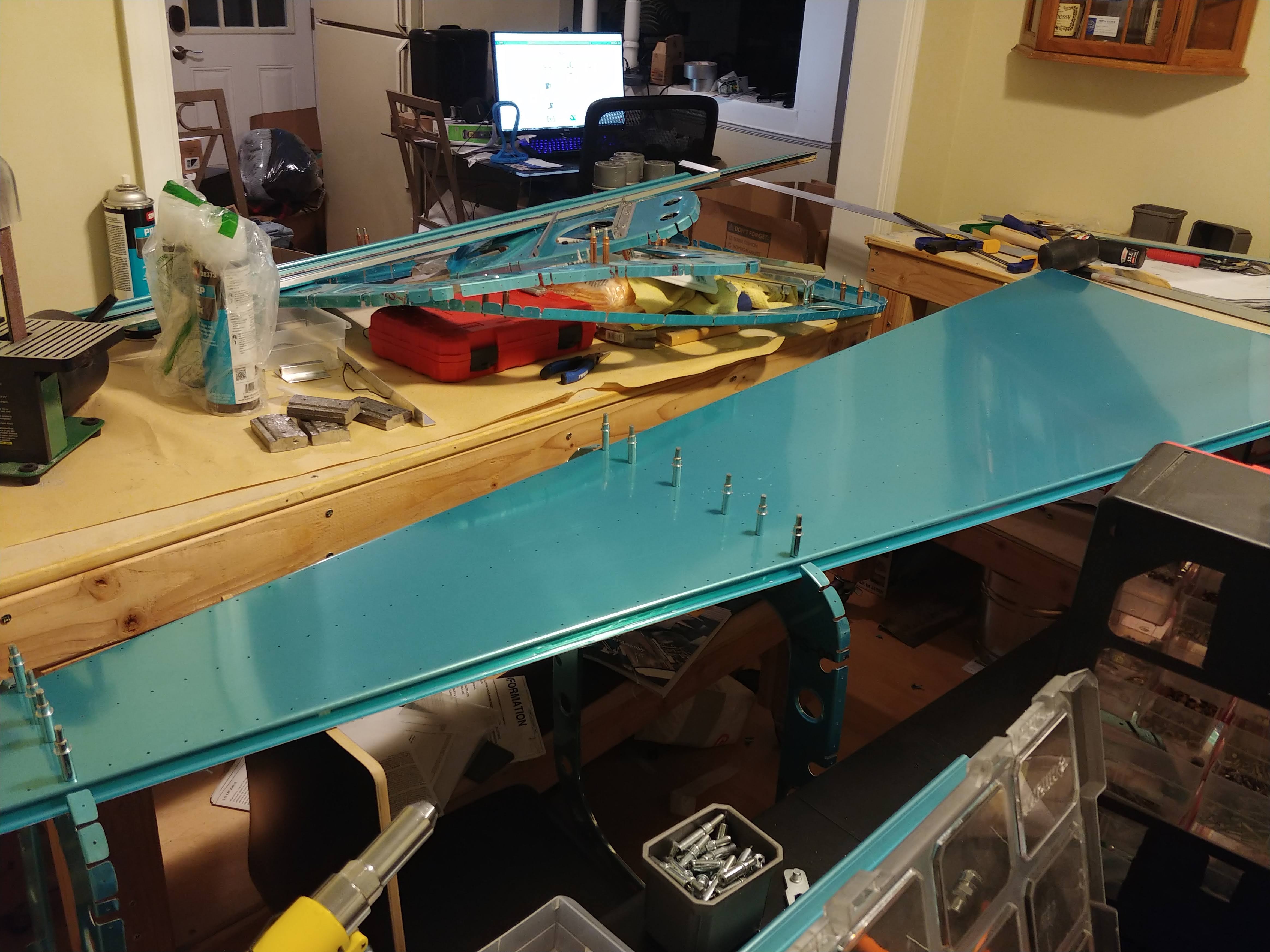