Up until final assembly of the skin onto the ribs, I’ve done all of my riveting with my pneumatic squeezer. Which meant, the first time I picked up my 3x riveting gun was to rivet the middle nose ribs to the skins. This is straight into the deep end for a noob to riveting. Everything else on the vertical stablizer was easier to rivet it turns out than the middle ribs. Not only did I have to learn what pressures the rivet gun liked (125 psi is way too high btw, you want something like 60 -90), I also couldn’t see the bucking bar.

I had some accidents here and there, drilled out 4 rivets in total during the skin assembly process. However, the worst of it is skin damage because of high pressure to the rivet gun. 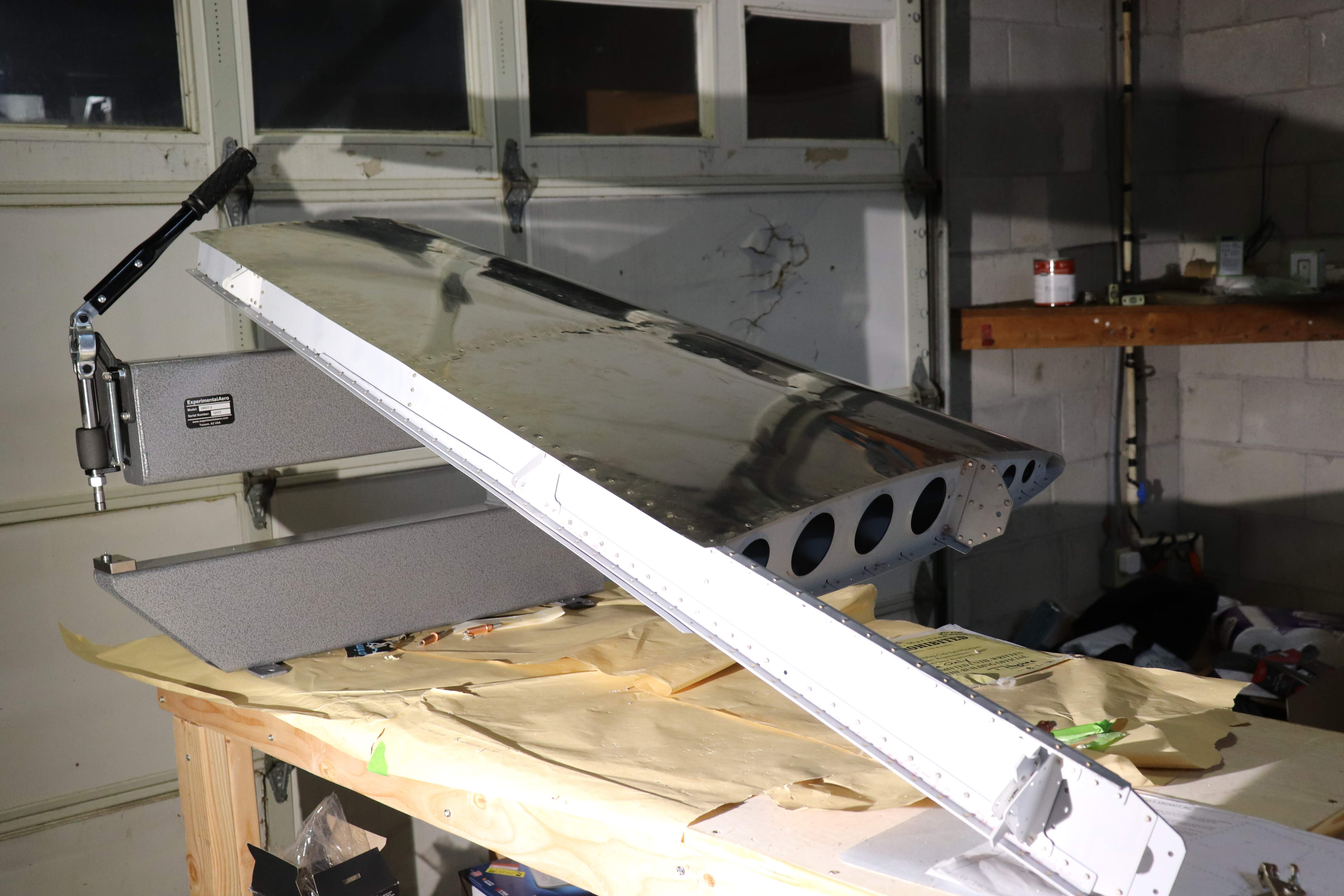 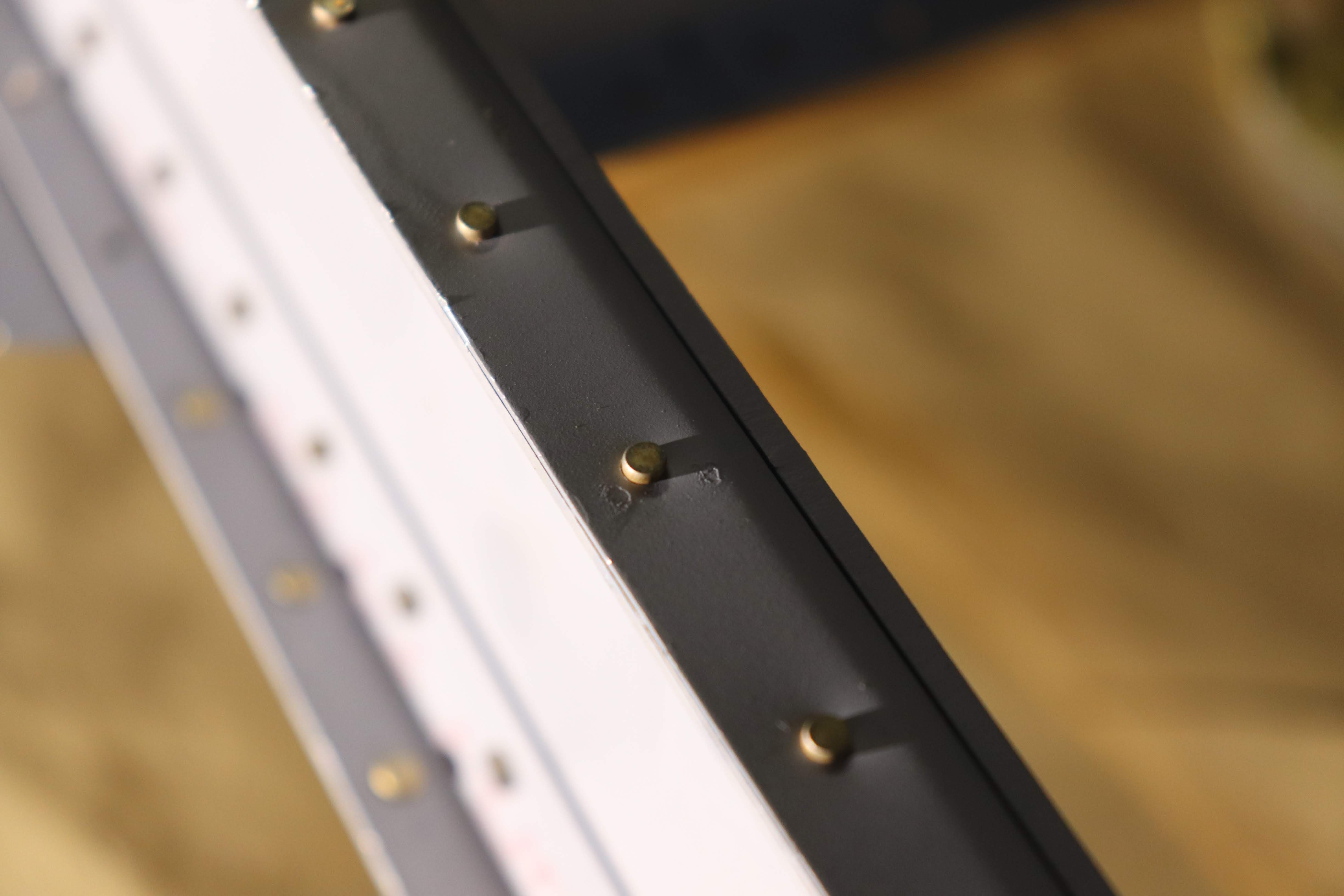 And as you can see below, some slight damage to the skins due to high pressure with the rivet gun. 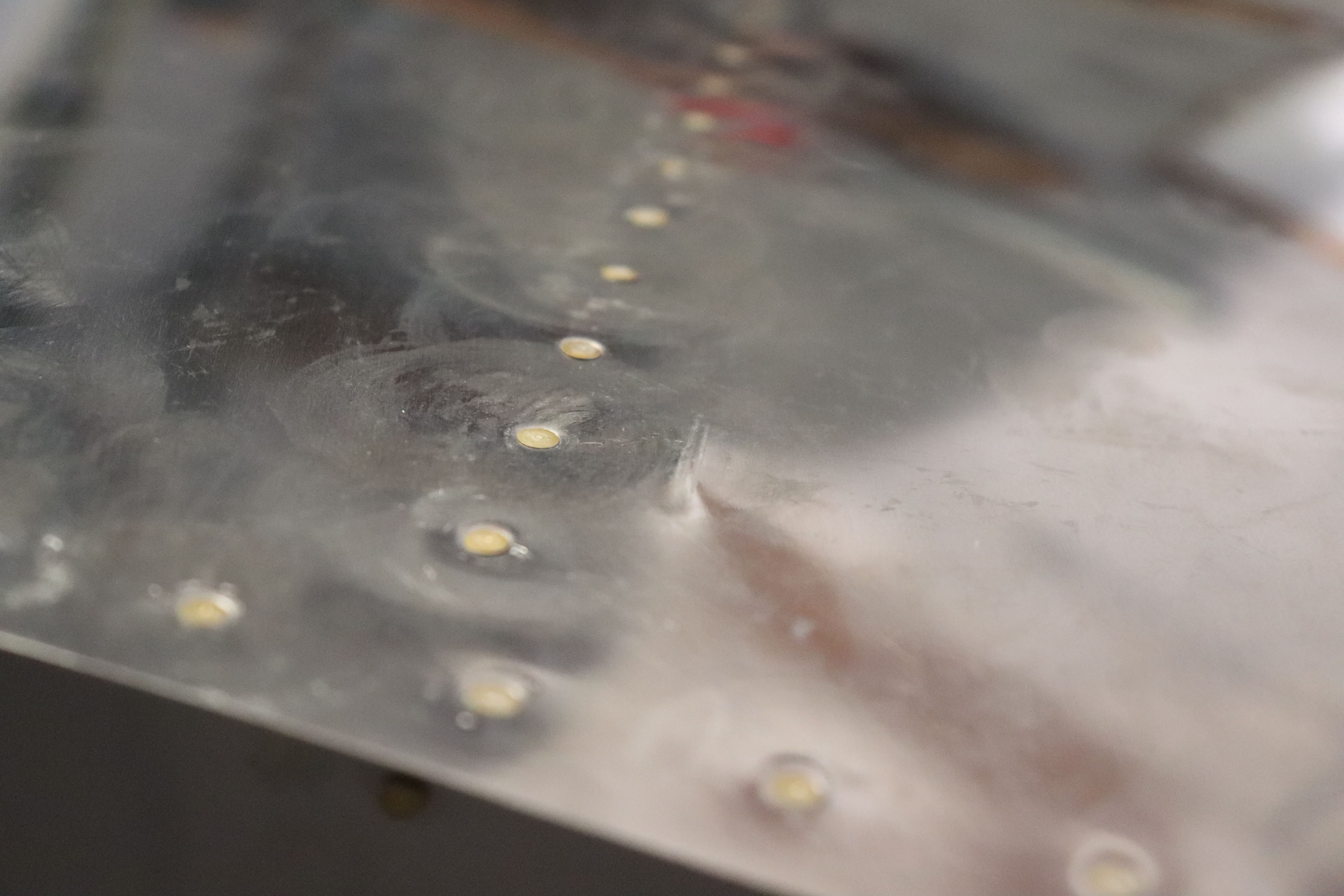 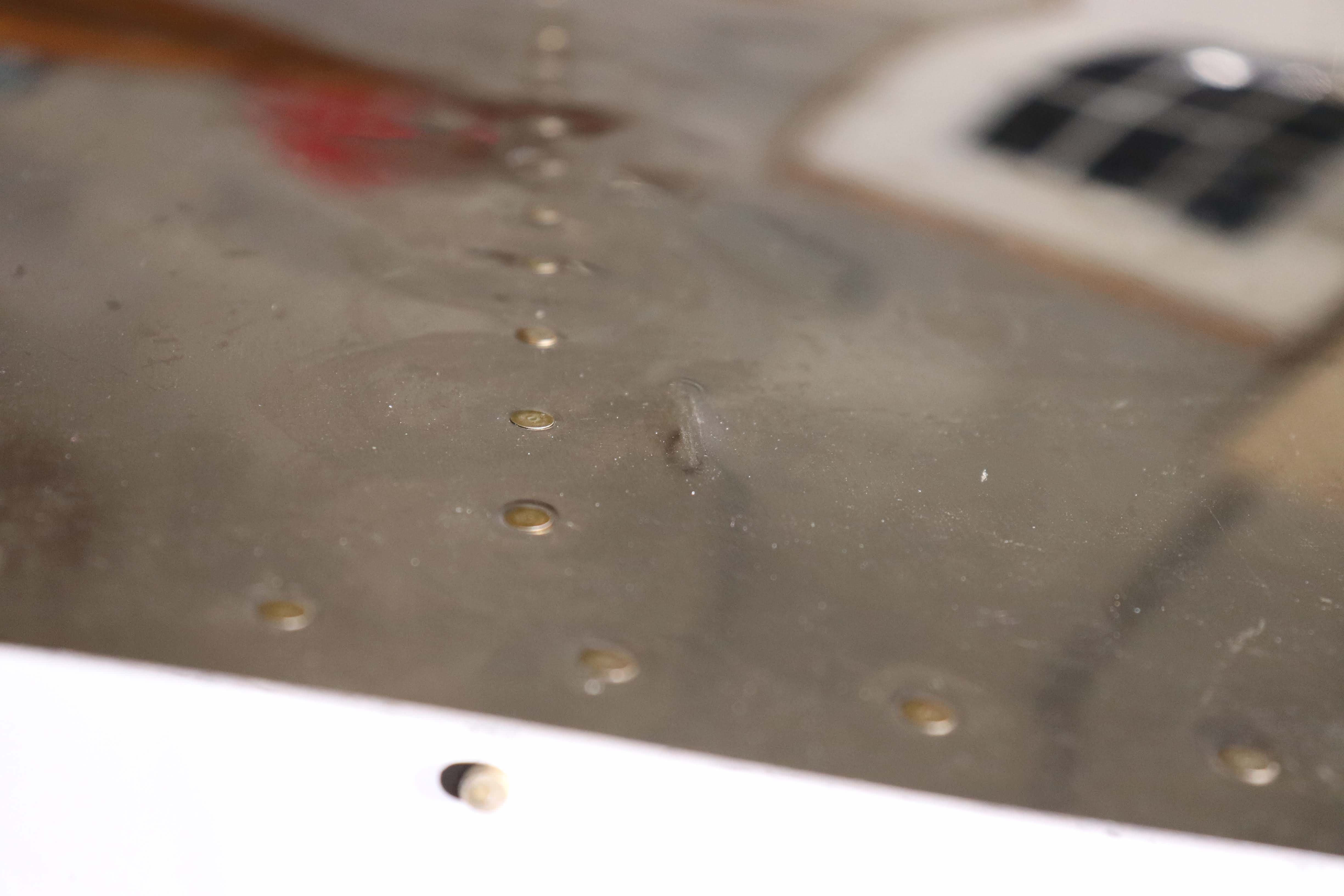 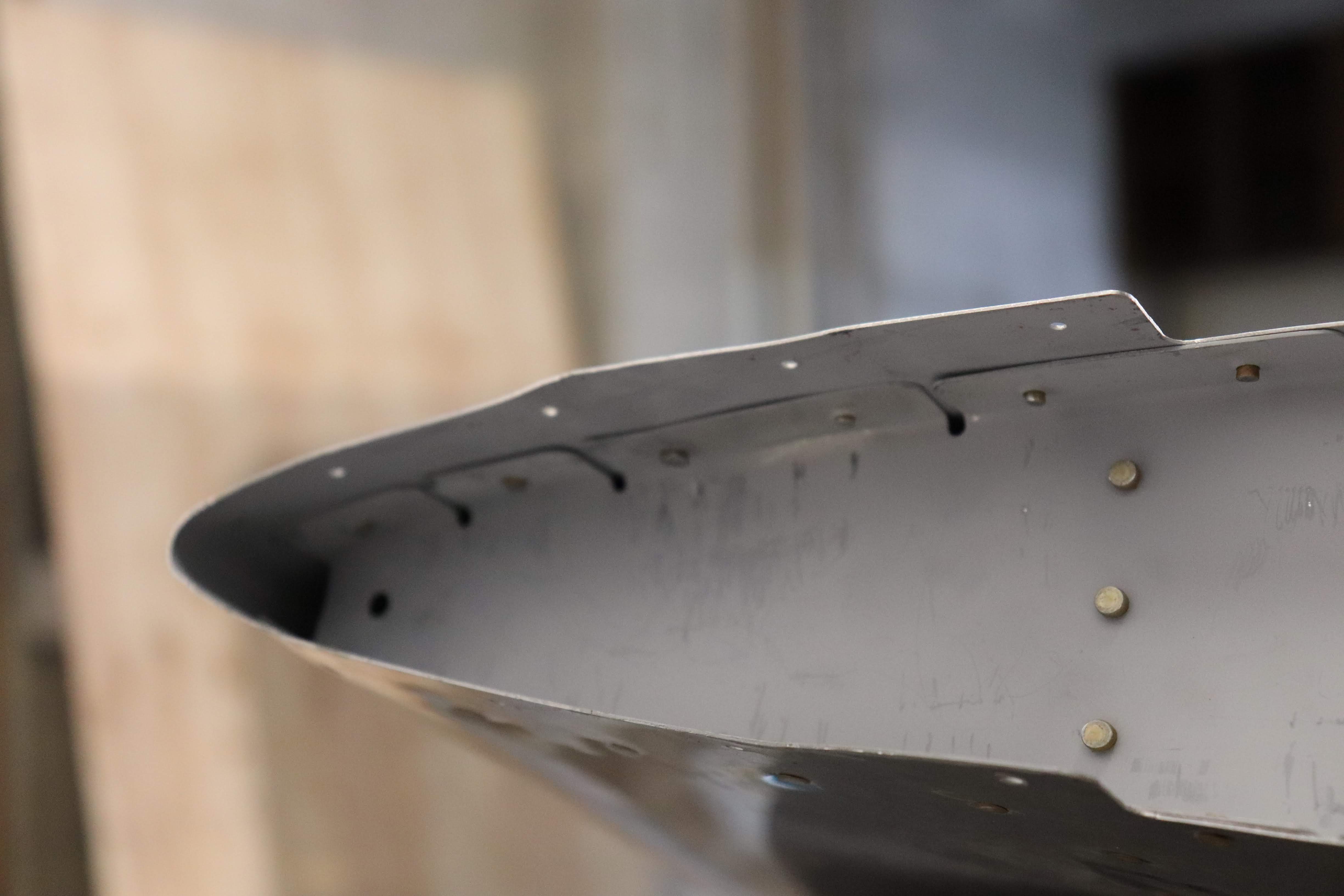 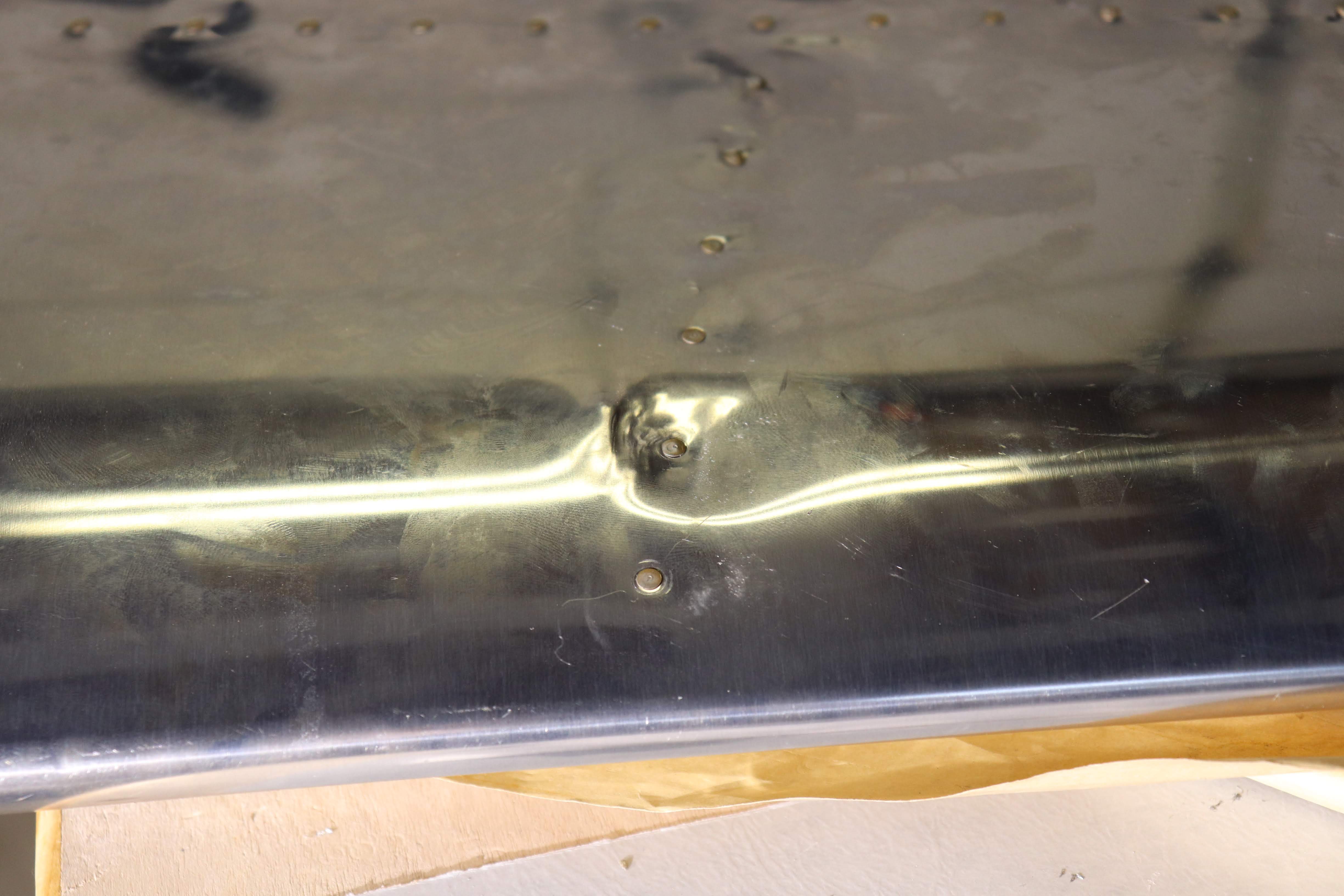 Some more pictures from different angles 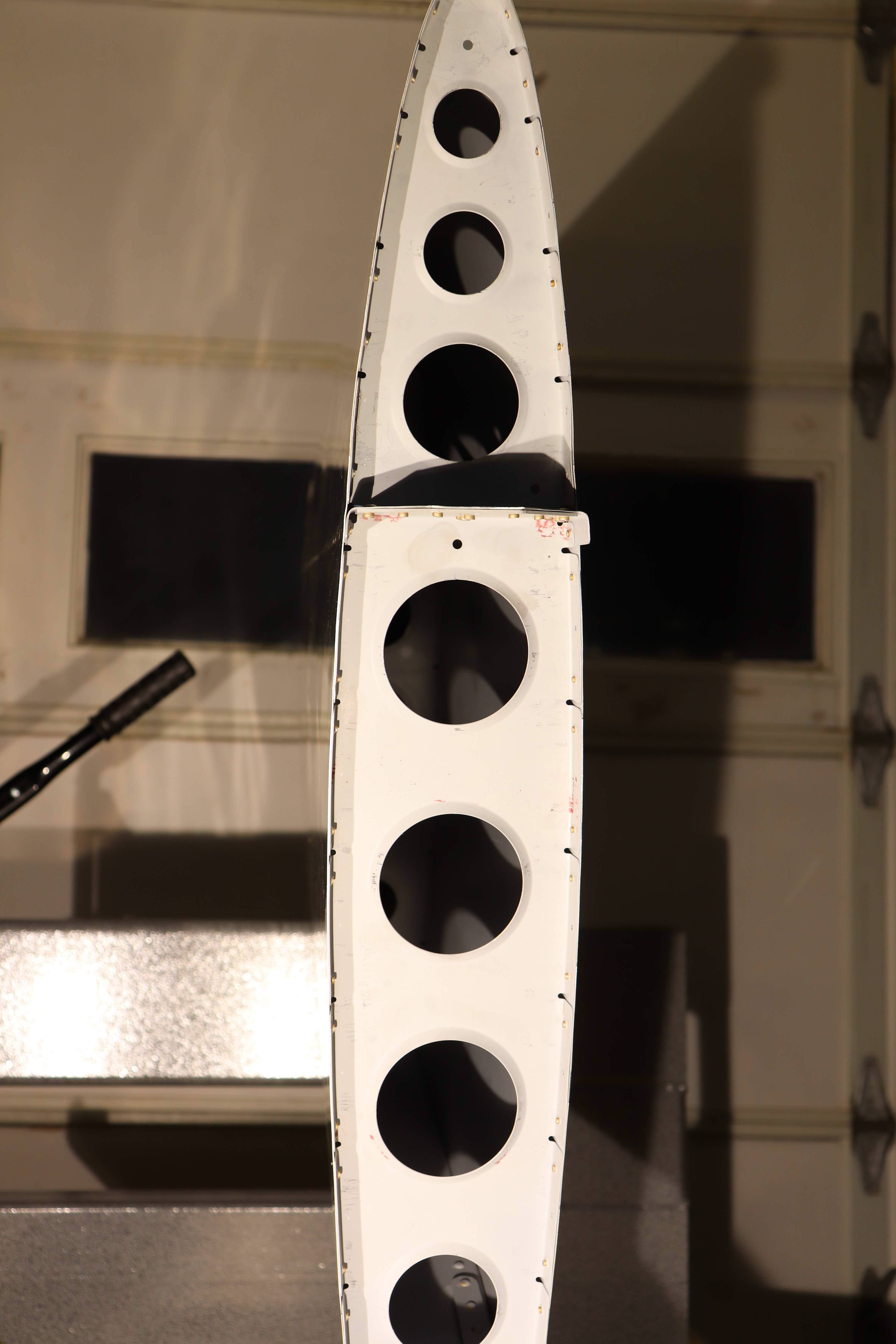 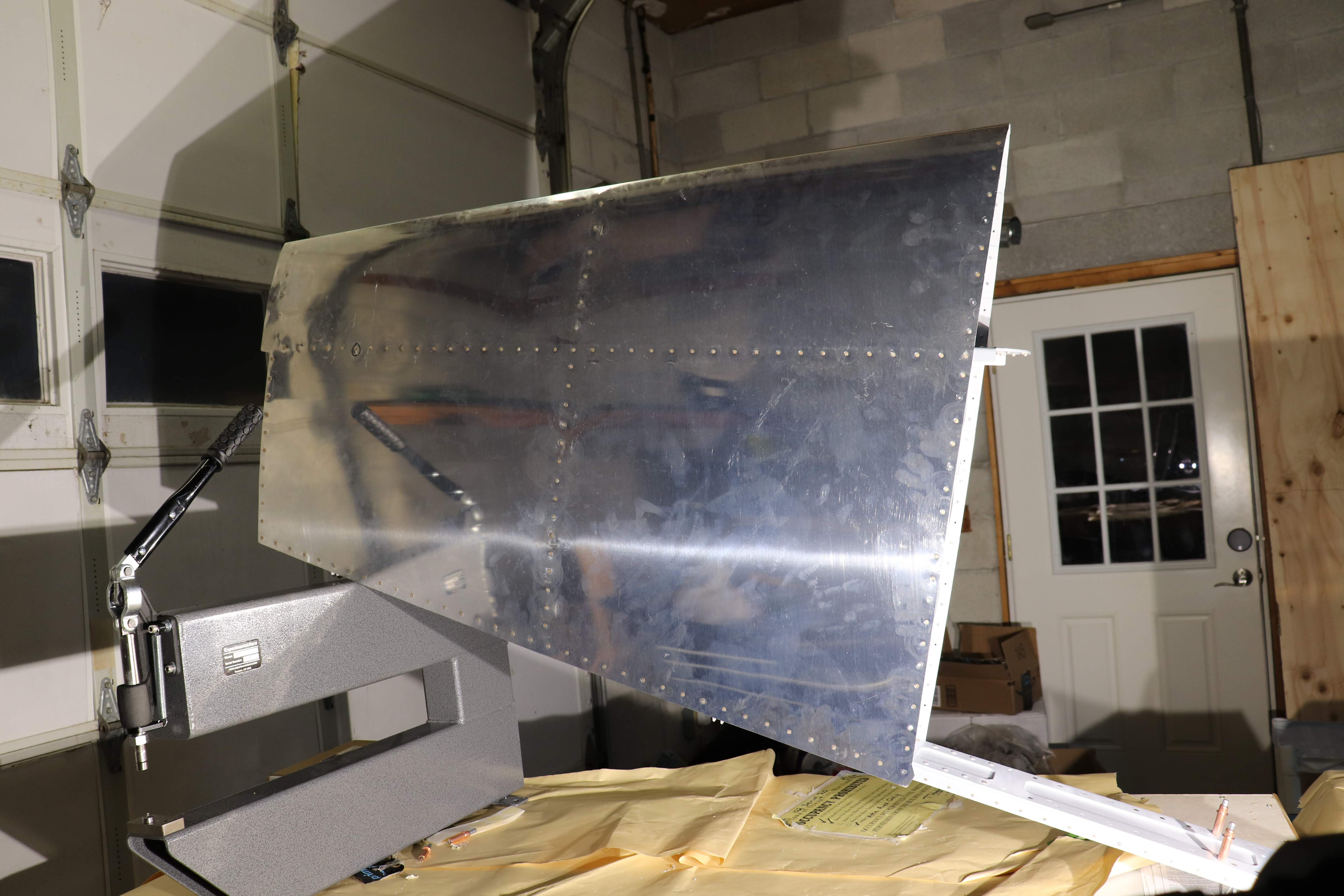 The primer I used is the excellent SEM 39683 self etching primer. One coat, I just wash the parts with soapy water before hand and spray on. Decided against sanding for better adhesion because ultimately the primer is the sacrificial coat on top of the Alclad. So far though, the adhesion has been decent. Will definitely damage the primer if you scratch it, but otherwise it sticks just fine to the metal. No corrosion issues either currently and I’m less than 100 feet from the beach.