I bit the bullet and ordered my empennage on 7/5/2018. Took about 3 weeks for it to get here. Arrived via ABF freight right to my door.

I did some research online to figure out what I need to get my garage ready, since I have never in my life attempted any sort of project at all, literally starting from scratch here. Combing through the posts over at Vans Air Force, I eventually decided on building two EAA 1000 tables , ordering a tool cart and air compressor from Harbor freight and most importantly, a movers dolly to drop the crate on.

Tools wise, I went with Isham’s Tool Kit mainly because it includes pneumatic versions of everything and a DRDT-2.

Spent the weekend finishing up the garage (clean-up!) and unpacking the crate. I will admit I spent the first ten minutes staring at the crate trying to figure out how to open it. I may have even searched some YouTube videos because I have never in my life dealt with a crate before. YouTube was a bust. For those of you who have run into the same issue, the crate, at least as of today, is made of wood stapled together. You could use a crowbar or I guess “cat’s paw”, but I just used the other end of a hammer. Took me 2 or 3 minutes to lift the top of the crate off, and then unscrew the 2 X 4’s under it.

Unpacking and inventory probably took me around 5 hours spread over two days. Vans definitely packed a ton of stuff into not a lot of space, so word of advice, unpack everything! I was missing 4 items at the end, turns out they were hidden inside two shrink wrapped brackets, and I overlooked that because the brackets had holes and I assumed at first glance it was empty inside. It was not.

All in all, it worked out pretty well. The crate on a movers dolly definitely is a must. I can easily maneuver the crate around the garage, so I’m keeping it as storage for the bigger pieces, in addition to a wheeled shelf.

Dived immediately into Section 6-2, which is… well, the first section. Instructions called out for trimming of two flanges. So I clamped the flanges to the table, marked it, and then spent the next 30 minutes trying to figure out how exactly I’m supposed to cut metal. Long story short, I now have hacksaws and a belt sander on order, which seems to be the preferred method. Some people use Chop Saws or Miter Saws, and I may have to upgrade to one of those because power tools are always better, but we’ll see if the cheap option works. In the mean time, I tried using a die grinder. Then I fell back on metal shears, and after working up an appetite, they seem to be decent at the job. Finished it by putting an abrasive pad on the die grinder and deburring everything. 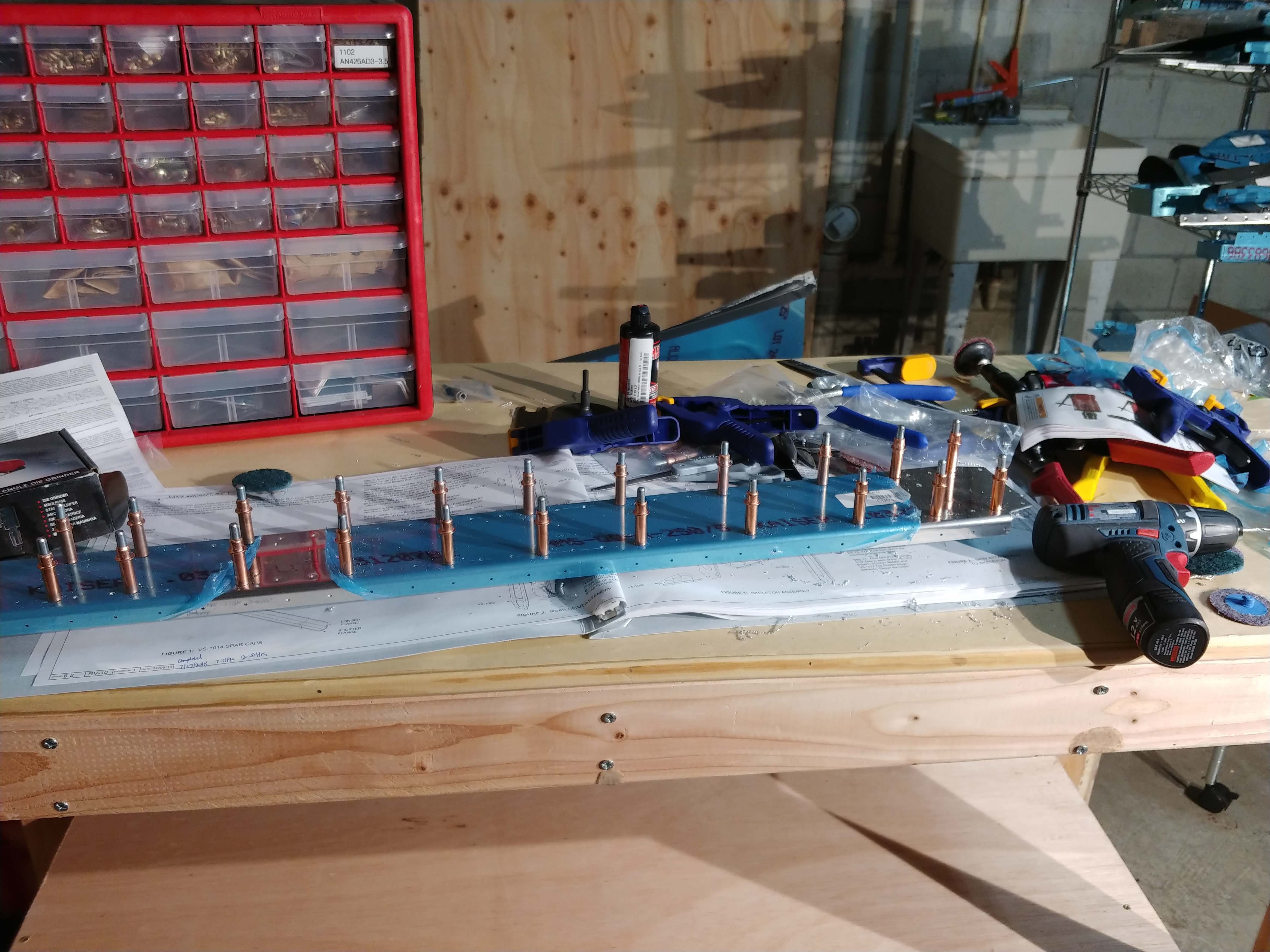 Called it a day after that. Tomorrow, we move on to task 2!