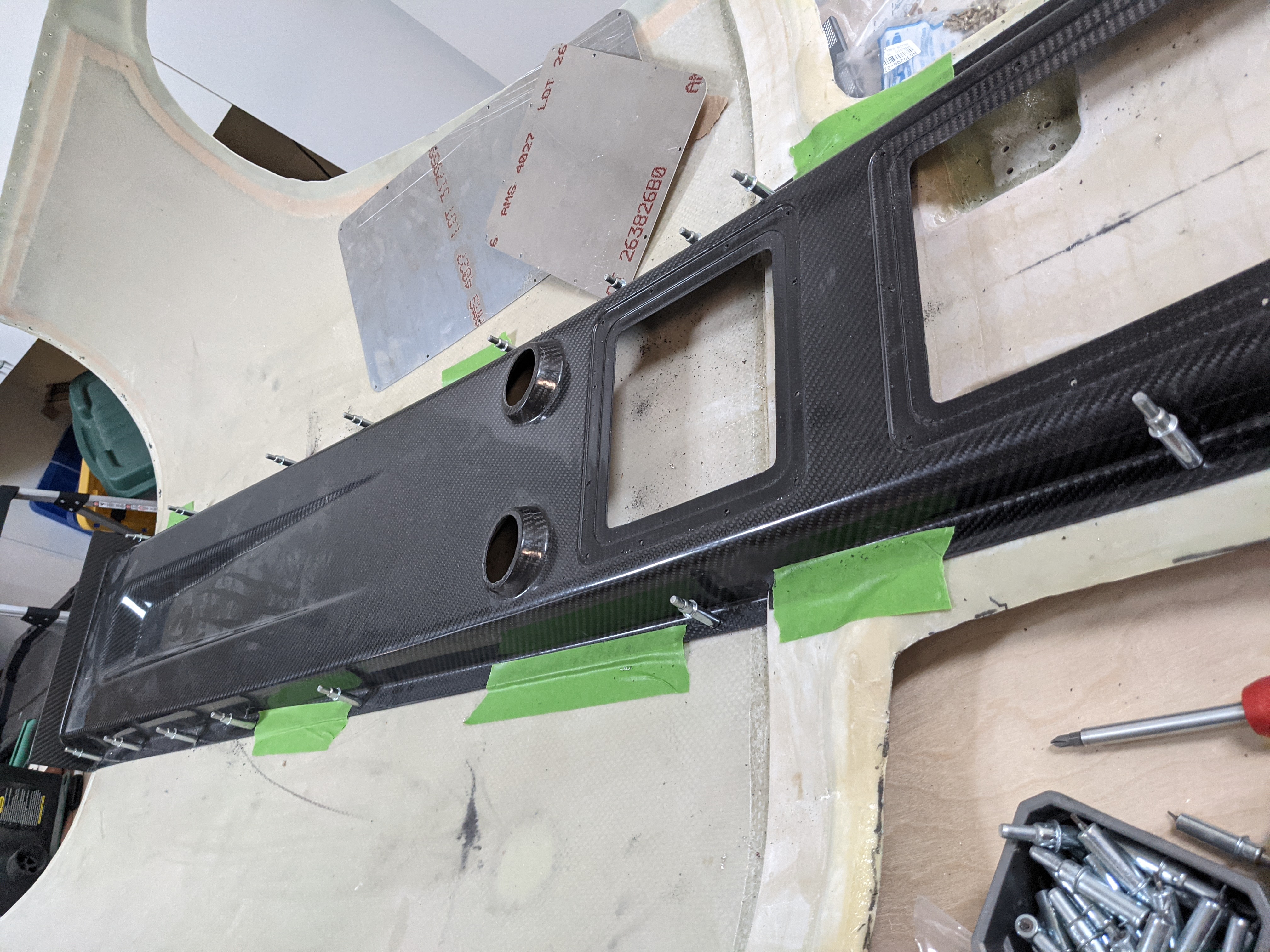 The past few months have been spent wrapping up a lot of minor details and working on the doors/cabintop interface. Lots of work here and a significant amount has been deviating from the plans.

Here’s the order I planned on for this part:

With that said, a couple of notes. If I wanted to do over, I probably wouldn’t buy and install the Airward door reinforcement kit. Nothing against the kit, it looks well made and sturdy. However, any deviation from plans costs time and money, and I’m not sure the risk of the door departing the aircraft, especially after the Planearound 3rd Latch solves the inflight issue, justifies the cost and extra time.

The doors are the one part so far where the plans are lacking. The location of the mounting holes for example are just straight up not where the plans said they would be. Use your best judgement and try your best to get it aligned. Nice thing with fiberglass is it’s very hard to screw up enough to not be able to repair it.

I used a lot of other builders notes in this section to map out what I wanted to do. This thread was helpful keeping the door located in the correct position: https://vansairforce.net/community/showthread.php?t=175416

Tim’s post here was helpful figuring out how to transition the overhead and switchpod to the cabin top.

Went to Sun’n’Fun this year because I now need to seriously consider avionics. Will most likely go with some version of a G3X system, as the garmin interface just felt better to me. So Garmin system + EarthX batteries and maybe Mountain High Oxygen System is the purchases I’ll need to make in the next few months.