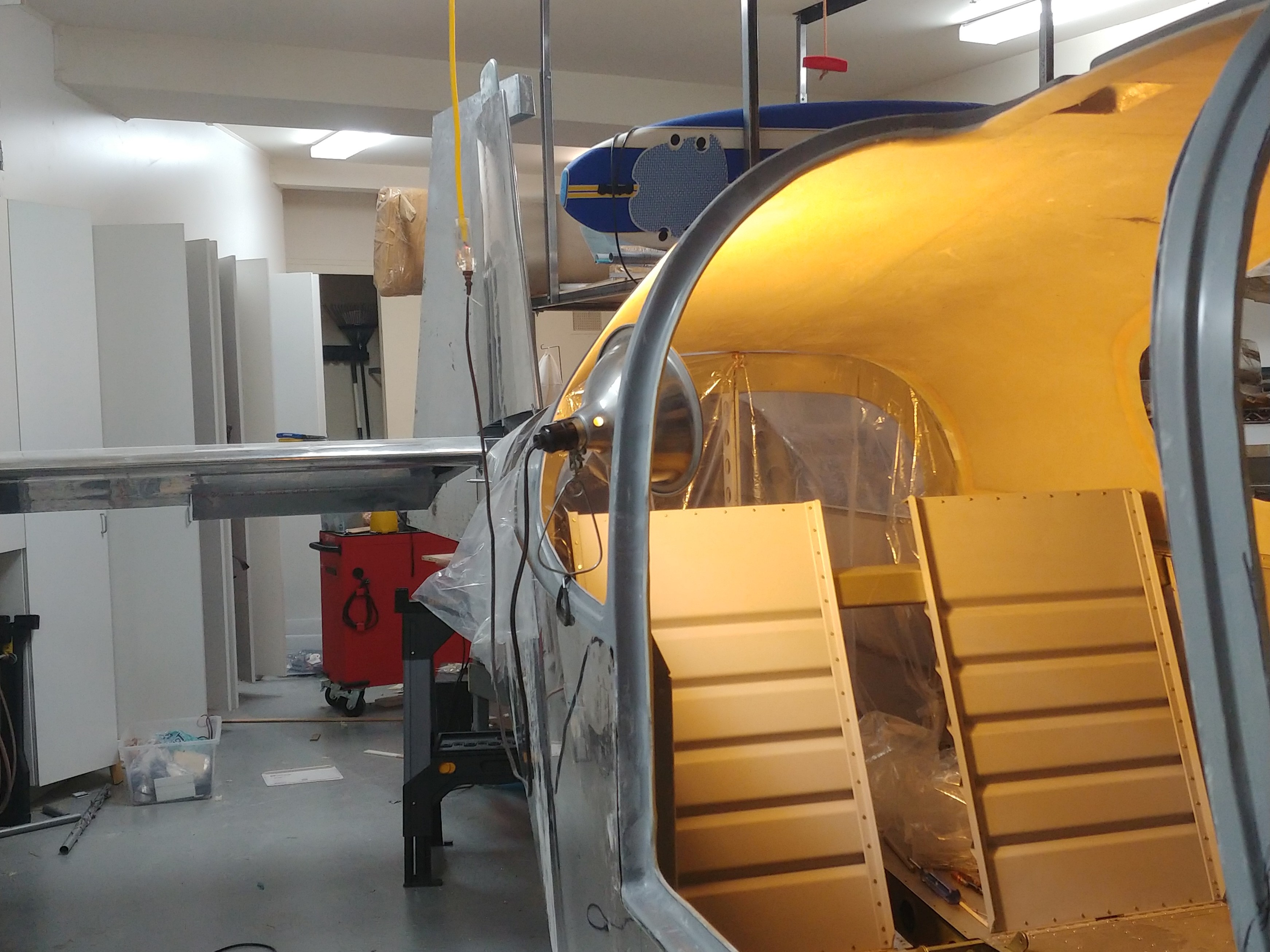 Placed an order for the finish kit, which is the last big kit. Doesn’t really feel like close to finishing, probably because of all the off-plans stuff that still needs to be done. Vans has a 14 week lead time on the finish kit, so the months between now and September is probably where we’re going to really flesh out the fuselage and finish up the wings.

#Fuselage update Waiting on a whole bunch of stuff like the Beringer kit and Control Approach pedals and an extension for the FS2020 fuel valve so that’s all on hold. Skipped ahead and finished the rear seat backs, which did require reordering some angles…who knew moving meant losing stuff in the shuffle?

Essentially the fuselage shell is complete, rear floors riveted in and seat backs done. So at this point we just kept moving forward and started on the cabin top. #Cabin Top This is really the first piece of fiberglass I’ve worked with, as I still haven’t gotten around to working on Section 12. I’m actually alternating between this and Section 11 right now, but I’ll stick that into a separate post. There’s a lot of sanding that needs to be done. I started out following instructions and sanding to the scribe lines, then test fit the cabin top, measured, and realized I basically had to sand off the entire flange. Makes the scribe lines kind of useless. Follow them in the back and in the front, but the rear window area and below needs 3/4” all around, and the door lips should be sanded to fit a 37” front to back opening, which is almost all of the material. You’ll have a pretty thin section left to actually get to cabin top to fit.

I used a belt sander for the most port, a palm sander for some areas and a deburring wheel on a pneumatic die grinder to finish it off. The deburring wheel was probably a mistake, should use a sanding wheel instead as I’ve ruined 2 deburring wheels going through fiberglass. I also had to buy gloves and coveralls for personal protection and plastic sheets to protect everything else, this stuff really gets everywhere. Not looking forward to the doors at all….

Still not done with this either, still need to sand the door opening down so the lip will rest on the skin, but as the picture shows, at least it fits now!